Be Aware of Upcoming 1099 Changes

Included in the recent health care reform bill passed by Congress and signed by President Obama was a new rule regarding 1099 forms. As it currently stands, businesses must file 1099 forms for any service provided by a company, freelancer, or sole proprietor in excess of $600.00.

However, this changes in 2012 with the new regulations and rules regarding 1099 forms. When these changes take place, corporations will no longer be exempt from receiving 1099s, and any purchase (including purchases of goods) over $600.00 must be reported.

These changes will primarily affect small businesses, which may already fill out hundreds of these forms. However, this restriction could also have ramifications for freelancers and sole proprietors.

An Illustration of the New 1099 Change

These new restrictions are intended to close the tax gap, which stands at $300 million. Since 1099s must be reported to the IRS, the IRS will have a much better sense of individuals’ and small business’ incomes as a result of these new regulations.

Under the new regulations, small business owners and sole proprietors alike will now have to send 1099 forms to their phone company, office landlord, and any other company that provides goods and services in excess of $600.00.

Whether or not these regulations will be strictly or loosely enforced is unclear. That having been said, the letter of the law is quite clear: individuals and small businesses have broader responsibilities when it comes to reporting their business expenses to the IRS.

While the long-term goal may be to close the tax gap, increase revenue, and cut back on under-reported income from small businesses, the short term effect will be added paperwork, increased labor spent on taxes, and even more confusion regarding one’s responsibility to report specific purchases to the IRS.

As small business owners are unhappy with these new changes, Rep. Daniel Lungren, R-California, has introduced legislation in the House of Representatives to repeal this section of the bill.

Small business owners, freelancers, and sole proprietors would be well-served to read up on the new regulations, included in the health care reform bill, which can be viewed in it its entirety on the U.S. Government’s website. The relevant section is Section 9006.

Give us a call if you’d like more information about these 1099 issues or other tax-related issues. We’d be happy to help answer any of your questions. 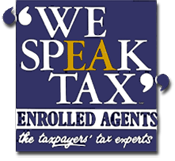